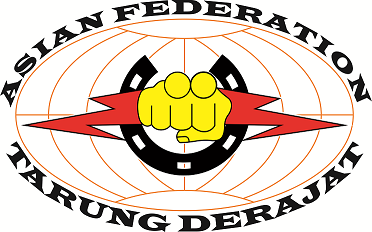 Tarung Derajat development in some southeast asian countries get positive response of citizens. For example in Malaysia from the existing 14 districts, 8 of them already have a district federation, and this branch new sport, Tarung Derajat has twice competed in the Sukan Malaysia Championship. In Thailand, the federation already formed satlat at three cities, and in vietnam the federation already formed two satlat in the two cities.

In August 3rd-16th, 2015, Central Institution and Indonesia Tarung Derajat Federation conduct training courses for Southeast Asia Countries and India. This event was held in Kawah Dradjat Bandung, Jawa Barat. Things were very supportive in the development and dissemination abroad of Tarung Derajat technique is availability coach of origin country who have been educated and trained at the Central Institution of Tarung Derajat in Bandung, so that it has certified the ability to develop and train Tarung Derajat technique in his country. One of the results of these training courses is the growing confidence of each participant to form a team of athletes in preparation to follow the ASEAN championships 2016.